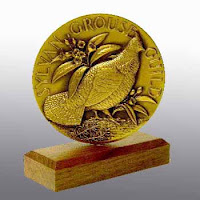 Thank you to the Board of the Pennsylvania Watercolor Society for awarding me the Sylvan Grouse Guild Medal. Six lifetime points are required for induction; I earned ten points in one year with consecutive wins at the annual PWS juried exhibition, 2008 and 2009. It is a really beautiful (and heavy!) engraved bronze medal, and I'm honored to receive it. I was also awarded Signature Membership in PWS.
Posted by Nick at Monday, October 26, 2009 30 comments: 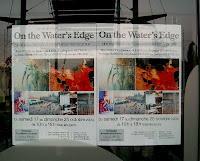 The opening at Le Centre de l'Eau was a wonderful night. Large numbers of very enthusiastic and knowledgable art lovers began arriving 30 minutes early, apparently a Belgian trait(!). I've never experienced a crowd that displayed this kind of interest in watercolor, it was surprising to me...but probably shouldn't have been, considering the artists I was exhibiting with, and the person who organized the event, Janine Gallizia.

This was the first chance I've had to see Janine's paintings in person, and they are truly exquisite. As are, of course, Joseph's and the others'. You'll see from the photos that mine were too large to ship framed, so we did what has become a trend in some NY galleries with sizable works on paper, and simply attached them to the panels. Not ideal, but it's better than staying home! 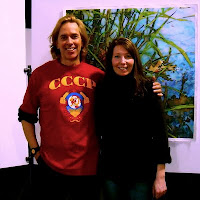 The catalog that Janine put together is breathtaking -- it looks like something a major musuem would publish. The reproductions are outstanding, and each artist wrote about the others, which makes for very interesting reading. A nice touch. There is a dedication from one of the sponsors, Winsor & Newton, and a history of the exhibition and its connection with Seneffe. An excerpt from "A word from the town":

Thanks to the initiative and persistance of the creator of the show, Janine Gallizia, a second exhibition of the highest quality is now taking place. More international in style than the first one, as revealed by its title, "On The Water's Edge," it exhibits the work of six major internationally recognised artists of very different origins -- two Australians, one American, one French and two Belgians -- with a common passion for the infinitely subtle, delicate and at the same time fiery, art of watercolour painting. A wonderful invitation to the discovery of a major art, all too often neglected on the european continent.

I was a bit overwhelmed by the amount of people standing in line to speak with me, some with interpreters. They asked all kinds of detailed questions about what I'm doing, and told me they have not seen this approach to watercolor in Europe. I received very kind workshop invitations for France and Belgium, among other opportunities. I also signed a lot of autographs -- that hasn't happened too many times at shows back home, makes you feel appreciated!

The only disappointment is that I had to postpone my subsequent plans, and how weird is this -- I'm in Belgium and cancelled my visit to Spain; Joseph Zbukvic was in Spain and cancelled his visit to Belgium (family emergency). C'est la vie! I fly home tomorrow. 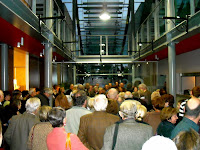 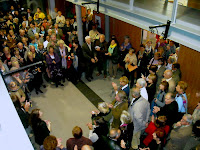 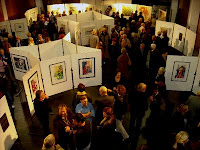 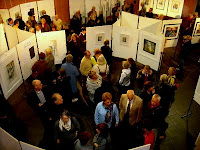 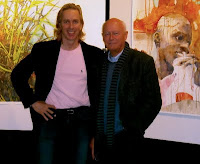 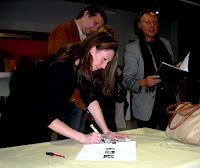 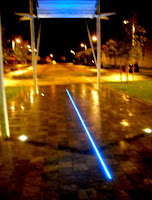 On The Water's Edge

I have two new friends in Belgium who have generously devoted space on their blogs to my work, in connection with the upcoming exhibition in Seneffe. 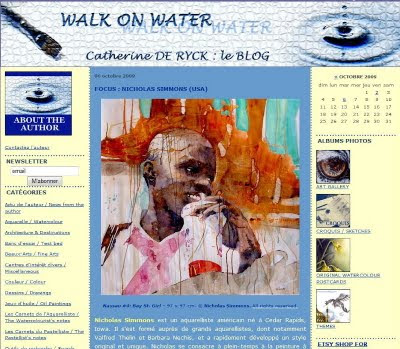 Catherine De Ryck has a fascinating watercolor blog, Walk On Water, that is well worth bookmarking. An award-winning professional artist with a very fine technique and eye for detail, she is influenced by Roland Palmaerts, and is well-acquainted with contemporary painters of note. Catherine also has a serious interest in the development of modern art materials, and mixed media approaches to watercolor. 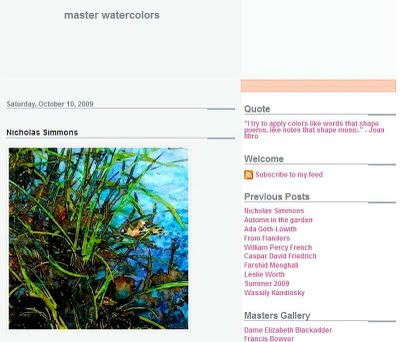 Paul Scorpion has been running the Master Watercolors blog for a few years, highlighting a number of famous and respected artists. I've discovered some fantastic painters of the past and present I didn't know about thanks to him, including one of my current faves, José Parlá. Paul is an accomplished painter himself, and I expect one of these days he'll get talked into featuring himself on his own blog!

Thank you Catherine and Paul, and I look forward to meeting you both at the opening!
Posted by Nick at Saturday, October 10, 2009 9 comments: 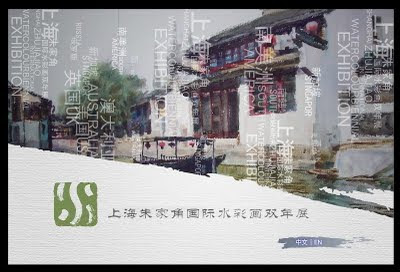 Much to my surprise, an invitation arrived from the Chinese government to join mega-heroes Guan Wei Xing and Ong Kim Seng on the jury of this new international exhibition, taking place in conjunction with the 2010 World Expo. I've longed to meet those two incredible masters, and never dreamed it would come about like this. It's probably the biggest honor I've received in watercolor, and I've also been asked to display an "American Nicholas Simmons painting"! I'll go over in March for the selection process, and then again in April for the opening. 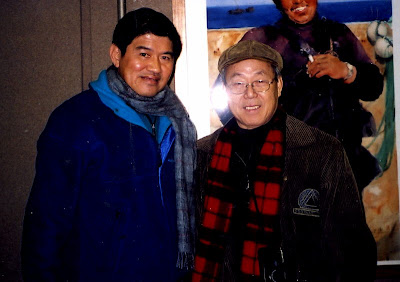