I never met Kevin Slater, but he was a good friend, and a huge inspiration to me and many others. Kevin was left a quadriplegic after suffering a spinal cord injury during a wrestling match in high school. He struggled through a tough period when he almost gave up. But he triumphed, and resolved to live life as fully as he could.

Kevin became an artist -- a "mouth painter." I have seen many physically handicapped artists who paint this way, but Kevin was different: he painted in watercolor. The vast majority of mouth painters work in oil, as it's too difficult to control a wet medium. I don't know how he did it. And he was really good. I tried to paint watercolor holding the brush in my mouth to see whats it's like, and it was impossible.

In 2004 we crossed paths on an art website where he was known as "Strider." Pretty soon we became friends, and I used to call him at his house in Indiana to talk about painting, music, and anything else that came to mind. I cherished those conversations, and always came away from them revitalized. He was into guitar music, and I sent him a CD of mine.

In 2007 he was approached by a company that offered to buy his paintings. Kevin would have an income, and part of the proceeds would go to a foundation that supports people in his situation. He was really excited about it, and so was I. Unfortunately, just as this was happening, he was afflicted with a serious lung ailment and ended up in the hospital. The next couple of months were a roller coaster of procedures, gains, setbacks, emotions, and ultimately, heartbreak. When I called him in his hospital room, he couldn't speak, only listen. It was my intention to travel to Elkhart to visit him, as some other friends did. Before I could do so, Kevin died on July 17.

I drove out there a few days later to play at the funeral, and to meet Kevin's family. The church was in North Manchester, not far from the little town where Kevin grew up, Sidney. He was born in Wabash. I sort of wanted to play The Wabash Cannonball, one of my favorite American songs. I ended up playing Swing Low, Sweet Chariot as they brought him into the church, and Amazing Grace when they took him out. I'm not a religious person, but I love a lot of the hymns. Knowing the kind of music Kevin liked, I took a chance. Amazing Grace starts out as a reverie, but about half way through I turned it into a testifyin' footstomper. Using a looping device (very dangerous in a live situation, especially at a funeral!) I then put down a rhythm track, bass line, and started the sermon. Listening to it now I can still hear at which bar I glanced down from the balcony to see if the priest was going to cut the power. He was stunned, no doubt about it, but everyone in that place was moving to the music. Kevin's family and friends told me it's exactly what he would have wanted.

He was buried in a small cemetery next to an old church out in the middle of the country. In a pine box. At the graveside his brothers, father, friends and I shared cigars and a few shots of Jack Daniels. A nod to Kevin. You'll see them all in the photos, along with his mom, wife Pam, his beautiful nieces, close friend Sandra, the loyal young Carly who lived across the street and assisted in his studio. You'll see the studio, the brushes with the telltale bite marks, the palette. Some of the photos are difficult for me to look at, but I felt they are appropriate. I believe his family would agree. People live, people die, and we go on. If Amazing Grace was written for anyone, it was written for Kevin Slater. I loved the guy. 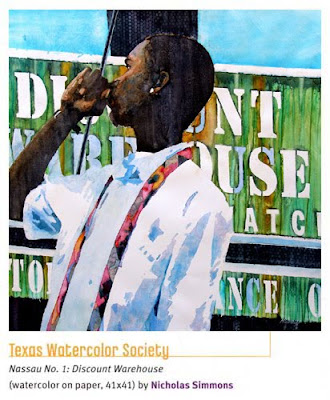 Thanks to Jessica Canterbury and Watercolor Artist magazine for including Nassau #1: Discount Warehouse in their "Best Watercolors of the Year" feature (February 2011 issue). The painting won the gold medal at the 61st Texas Watercolor Society National Juried Exhibition. 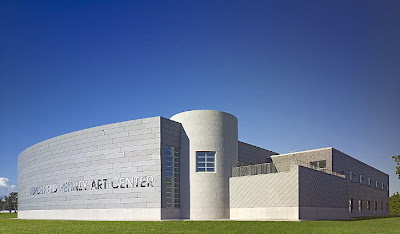 Turn Up The Volume


This was recorded live at the Florida Guitar Show, at Thoroughbred Music in Clearwater, late 1990s. At the time I was sponsored by Ibanez guitars, Laney amps, D'Addario strings, and Roland. All music and guitars by yours truly. The louder, the better!
Posted by Nick at Friday, January 14, 2011 9 comments:

William K. Moore - The One And Only 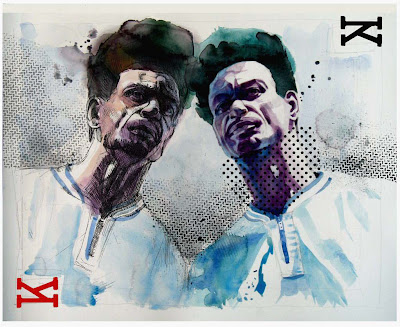 Heaven is Hell - 17" x 21" - Xixtograph by W.K. Moore
About four years ago I came across an artist who amazed, disturbed, challenged, and touched me -- all at the same time. Reverberations through the blogosphere led me to the Cool Kids On The Block, and the leader of the pack, identified via one link as "William Moore, the crazy." I had to click.

William K. Moore was living then in Los Angeles and traveling to Colombia to paint the colorful denizens of the Bogota barrio, as well as local phenomena you don't see in the travel brochures. As the Bogota Painter, he took the urban guerilla approach, mixing with a crowd that is wary of American gringos. Fluency in Spanish, a heart full of compassion, an eye for the unusual, and loads of street smarts allowed him to chronicle a segment of society most would ignore, let alone immortalize. 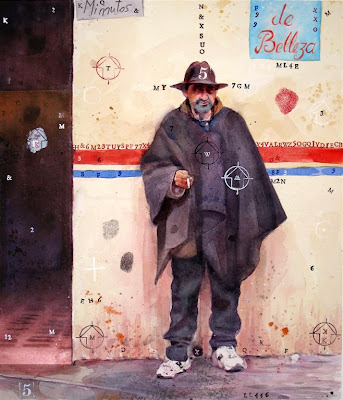 Que bellezA - 18" x 15" - watercolor
It is essential to scour the Moore blog archives, because there is just way too much work to discuss here. Start at the beginning and work forward to best appreciate the evolution of themes and methods. You'll find sensitive and beautifully-painted images of people such as the tamale woman, homeless vagabonds, prostitutes of the Candelaria district, and a number of self-portraits that could only be described as bizarre. (I'm proud to own Chink Chank Chunk) Sometimes I wasn't sure if they were self-portraits, as the photos on his profile were just as outrageous. I kept thinking, "Who is this guy???"

It turned out he is a tall, dashing native Chicagoan who studied at the Art Institute and continued to hone his talents in drawing, figure painting, portraiture, and plein air, etc. across several mediums. All of this prowess combines with a prodigious imagination to form one of the most diverse portfolios you'll ever see. And he's prolific. The entire range of of the human condition leaps from the canvas, and instantly impresses as the work of one who has forged a unique style, unflinching, unapologetic, and in your face. As the artist forewarns, "Get ready to have your pants pulled down and receive the visual spanking you deserve." Yes! 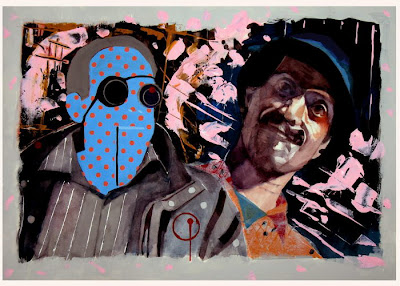 Cotton Candy - 19" x 14" - watercolor acrylic
2008 saw the artist return to the Windy City to live, and marks the time where new design elements and working modes emerge, many pieces utilizing cubist environments with distorted perspectives. One thing that I find very stimulating in these works is the visual buzz created by disjointed edges, practically vibrating before your eyes. The concepts become more volatile, many in a horrifyingly spectacular way. Bill Moore is not afraid to explore the darker, grittier recesses. I have been rendered breathless by the supreme boldness of what this artist is putting out there, and wishing I had half the guts. There is often a humor that softens the blow, Tee Hee, but this is not your aunt's parlor art, and was never meant to be. 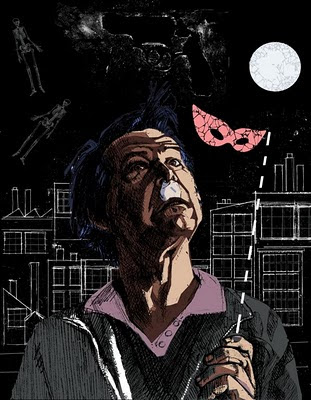 SpinxSpanx - 30" x 24" - silk screen
Accompanying most of the entries are mind-bending, often equally-disturbing narratives. I go back to read some of them, my favorite an ode to the hapless Gingerbread Man. Do the stories connect to the paintings? I would never presume to know for sure, and that's part of the adventure.

During 2009-2010, silk screen and mono screen is added to the arsenal of techniques, followed by the artist's own Zeit Screen and Xixtograph processes. Chicago provides a new cast of characters in street preachers, sidewalk loiterers, and fascinating faces masterfully depicted with heartbreaking poignancy.

It is impossible to adequately pay tribute here to an artist so original, broad, and daring. Bill Moore is one of the few I look to as a true innovator, a courageous force in contemporary art.
Chicago Painter William K. Moore

William Moore - B Side Paintings